The spread to the world


This method is taught all over the world today. From across Europe, United States, Canada, Australia and South Africa.

Dame Ninette de Valois, the founder of the Royal Ballet Company was a disciple of Maestro Enrico Cecchetti.

Sir Frederick Ashton, the artistic director and choreographer of The Royal Ballet strongly supported the Cecchetti Method. There are records that he recommended dancers to practice Cecchetti “Port de bras” (arms, head, and upper body exercise) on a daily basis(*1).

Many pieces being performed by The Royal Ballet are strongly influenced by the Cecchetti Method.

Darcey Bussell, a former principal dancer of the company was also trained by the Cecchetti Method. She attributes her success at the Royal Ballet to the Cecchetti training she received, and says that she realised how lucky she was to have the training.(*2)

The Cecchetti Method has a long-established tradition and is widely acclaimed throughout the world. The teachers of Cecchetti Method undergo strict accreditation under globally recognised procedures and examinations. And our goal is to bring this prestigious Ceccehtti Method to Japan to make 'more flowers bloom'. 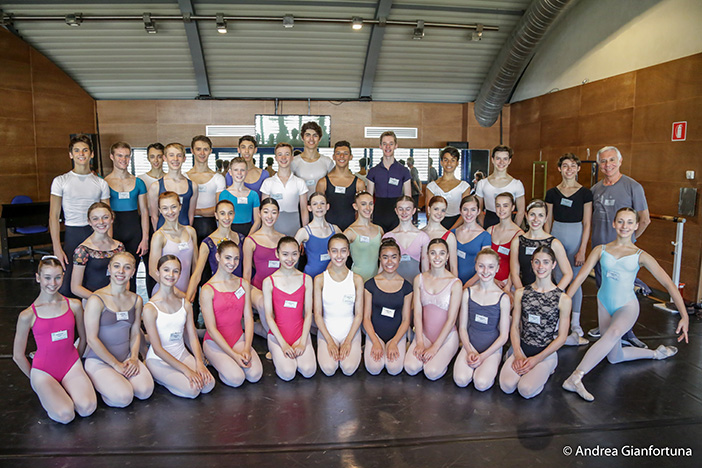 Cecchetti International Classical Ballet Competition 2017
(Students from came from all over the world. At Florence, Italy.)